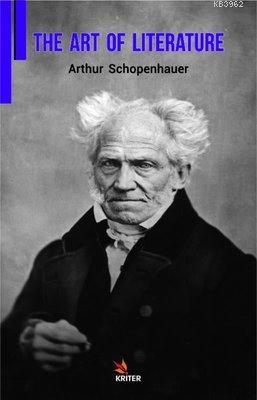 Emeği Geçenler :
The Art Of Literature

There are, first of all, two kinds of authors: those who write for the subject's sake, and those who write for writing's sake. While the one have had thoughts or experiences which seem to them worth communicating, the others want money; and so they write, for money. Their thinking is part of the business of writing. They may be recognized by the way in which they spin out their thoughts to the greatest possible length; then, too, by the very nature of their thoughts, which are only half-true, perverse, forced, vacillating; again, by the aversion they generally show to saying anything straight out, so that they may seem other than they are. Hence their writing is deficient in clearness and definiteness, and it is not long before they betray that their only object in writing at all is to cover paper. This sometimes happens with the best authors; now and then, for example, with Lessing in his Dramaturgie, and even in many of Jean Paul's romances. As soon as the reader perceives this, let him throw the book away; for time is precious. The truth is that when an author begins to write for the sake of covering paper, he is cheating the reader; because he writes under the pretext that he has something to say.