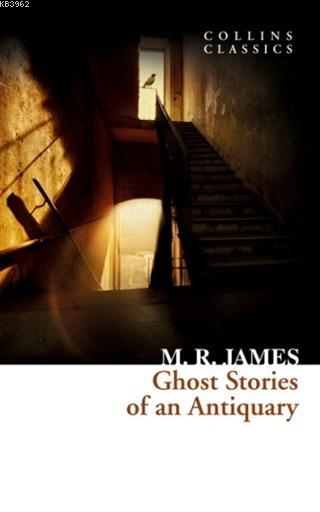 At first you saw only a mass of coarse, matted black hair; presently it was seen that this covered a body of fearful thinness, almost a skeleton, but with the muscles standing out like wires.

M.R. James' ghost stories are brimming with delicate horror. They take place in the quiet corners of churches, and between the dusty shelves of esteemed college libraries. But when Professor Parkin discovers a whistle in a Templar ruin, or Sir Richard Fell inherits a country manor with a horrifying history, malevolent forces are unleashed. Something half-glimpsed, something not of this world, is preparing to disturb the silence.

Having terrified generations since its first publication in 1904, Ghost Stories of an Antiquary is a collection that will haunt the reader's imagination long after the lights have gone out.